Can You Sue An Amusement Park When Injured On A Ride?

Who doesn't love visiting an amusement park? Between the carnival games and the rides, it's tough not to have a good time—that is, until you become injured. If you have been injured on a carnival ride, you are probably wondering whether you can hire a personal injury lawyer to sue the amusement park. Here are some factors that contribute to the answer.

Did the amusement park fail to take measures to keep you safe?

In order to sue anyone for the costs related to your injuries, you need to demonstrate to a judge that their actions or inactions led to your injury. So think about what the amusement park did or did not do and how that contributed to you becoming hurt. Did they fail to check the ride over for safety issues before you got on? Did they have an inexperienced worker run the ride, resulting in a lack of safety precautions?

Keep in mind that the amusement park might not actually be at fault for your injuries. Someone else might be. If the ride was not made properly and it broke, this could be the fault of the ride manufacturing company—in which case, you should sue them rather than the amusement park. If another patron's behavior contributed to your injuries, then you might want to file a lawsuit against that person. Of course, in some cases, multiple parties are liable. For instance, if a reckless rider threw something that hit you in the head while you were on a ride, you might be able to sue that individual and also the park for not doing anything to stop their rowdy behavior.

Were your injuries substantial?

If your injuries were not substantial enough to cost you a thousand dollars or more in medical expenses or keep you out of work, you may want to reconsider suing—even if you legally could. Going through a personal injury lawsuit can take months or years, and it may simply not be worth your time in order to recoup $500 or so. On the other hand, if you have $100,000 in medical bills and $10,000 in lost wages to worry about, filing a lawsuit is the smartest way to get those costs covered by the responsible party.

Talk to a personal injury attorney ASAP if you have been injured at an amusement park. They can determine who is liable and guide you through the claims process. 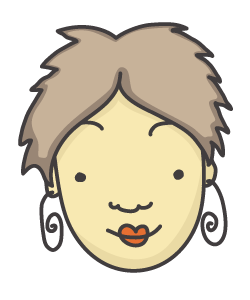